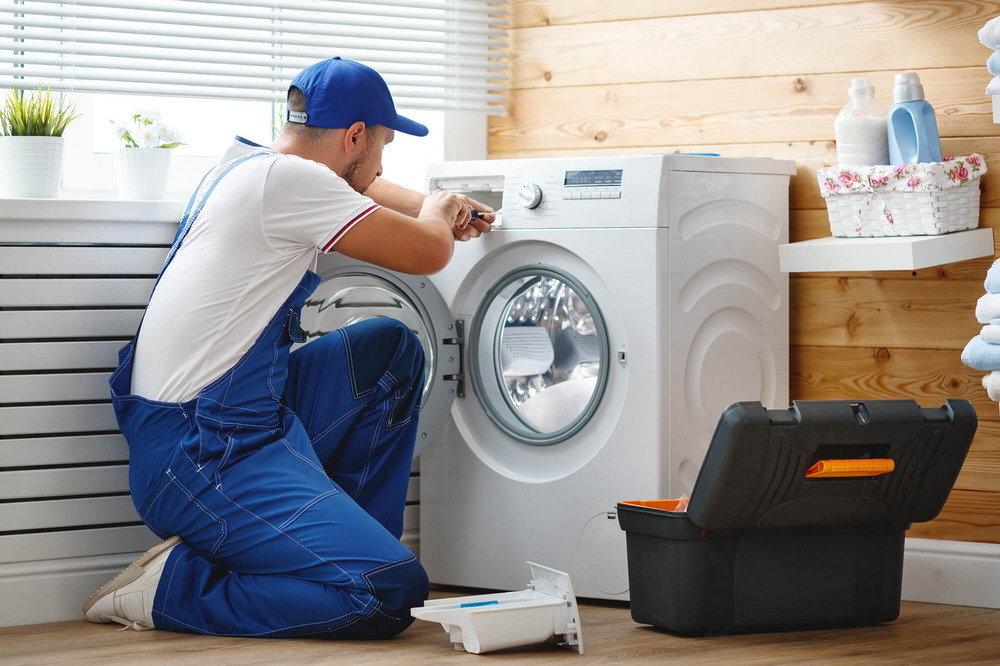 The washing machine has become one of the most used devices in our lives. As soon as we stain our clothes, we put it in the drum and a few minutes later we have it as good as new. However, we have not always lived with this ease.

For centuries, clothes had been washed by hand, using rocks or a table. Nowadays, we have something far more useful than just rocks and tables, we have washing machines. The washing machine is a home appliance used to wash clothes. It uses special powdered or liquid detergents are placed inside it and then, using rotating movements that follow a specified program, the machine carries out the process of washing dirty clothes.

Evolution of the washing machine

In ancient times, clothes were washed by hand. Every day women gathered on the banks of rivers with huge piles of dirty clothes and scrubbed them against river stones and then twisted them to remove the water excess. On the other hand, men travelling in boats used to place their clothes in the fishing nets and submerged them in the sea, letting the natural currents of the water do the washing. Accessories such as corrugated boards were later integrated to make the process easier. When water reached the houses of people the process became a bit easier, as it was no longer needed to go to the river to do the laundry.

Over time, human intelligence started incorporating machines that made the washing process easier and more effective. As consequence, women began using a wooden box that they rotated to mix the clothes with the detergents. After that, they changed the wooden box for a wooden barrel, where they incorporated a crank and some rollers to dry the clothes.

Few years later, a rotating drum was created that used a gear to allow rotation from one side to the other in order to maximize the washing effect.

Many years later, with the discovery of electricity, the first electric washing machine was created. This machine, precursor of the one we currently use, consisted of a motor that made a metal drum rotate. When electricity was no longer a privilege of the higher classes, washing machines started making an appearance in the houses of regular citizens.

A lot of commercial houses competed on a technological race that ultimately ended in the world’s first automatic washing machine. In this opportunity a massive presence was achieved in all the houses around the world. Mostly because their selling price fell and washing machines became more affordable for many users.

How does an automatic washing machine works?

A washing machine works by mixing water, detergents, and dirty clothes together to clean said clothes.

Washing machines are connected to a clean water tap that fills the drum with water. The drum then begins to rotate from side to side to make the water flow through the many holes in the drum. This rotating movement is made by an electric engine that is attached to the drum by a shaft inside the washer.

For repair and maintenance of your washing machine, call American Loss Consultant. 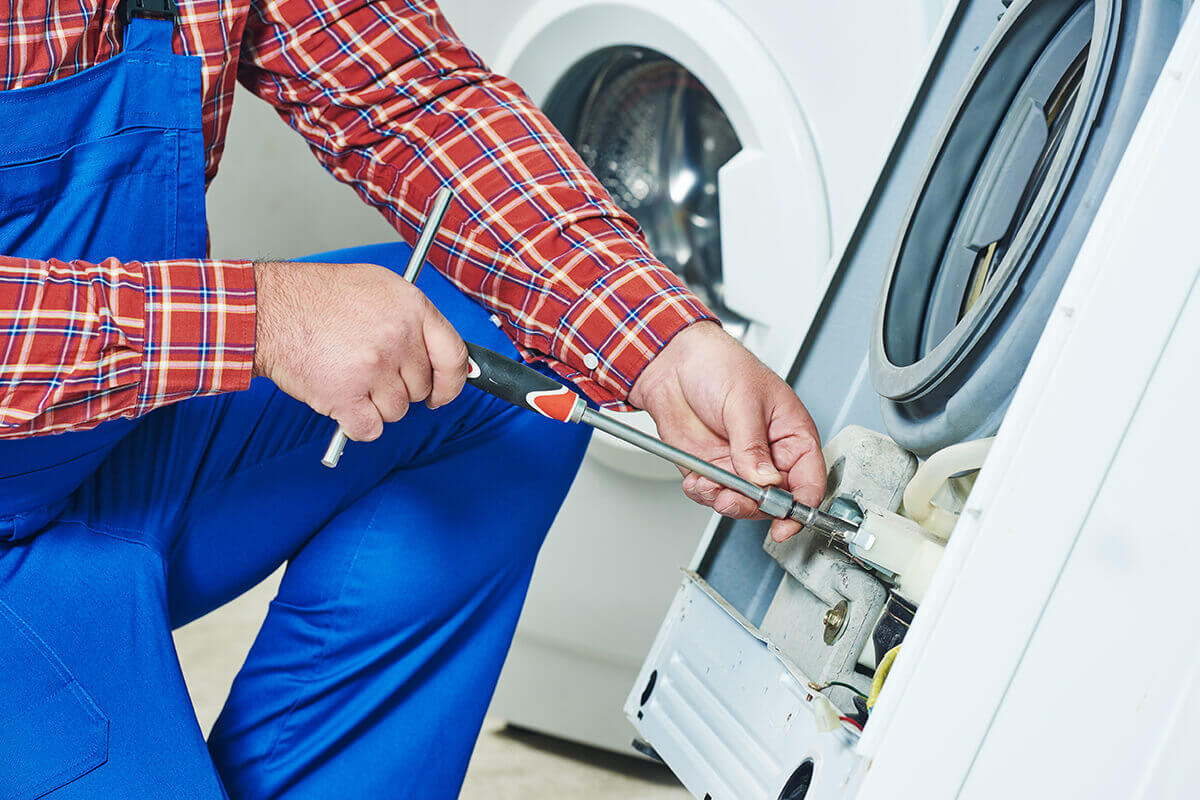 Parts of a washing machine

A washing machine is mainly composed by:

Advantages of owning a washing machine

Washing machines became an indispensable element in any home. They make easier one of the most common house chores in daily life. Thanks to that, now there is a wide range of washer-dryers to choose from.

Nevertheless, in a laundromat people have to pay attention to their clothes because in such a crowded place anyone can come and open the washing machine. This can happen while it is in use and even after finishing its washing cycle. 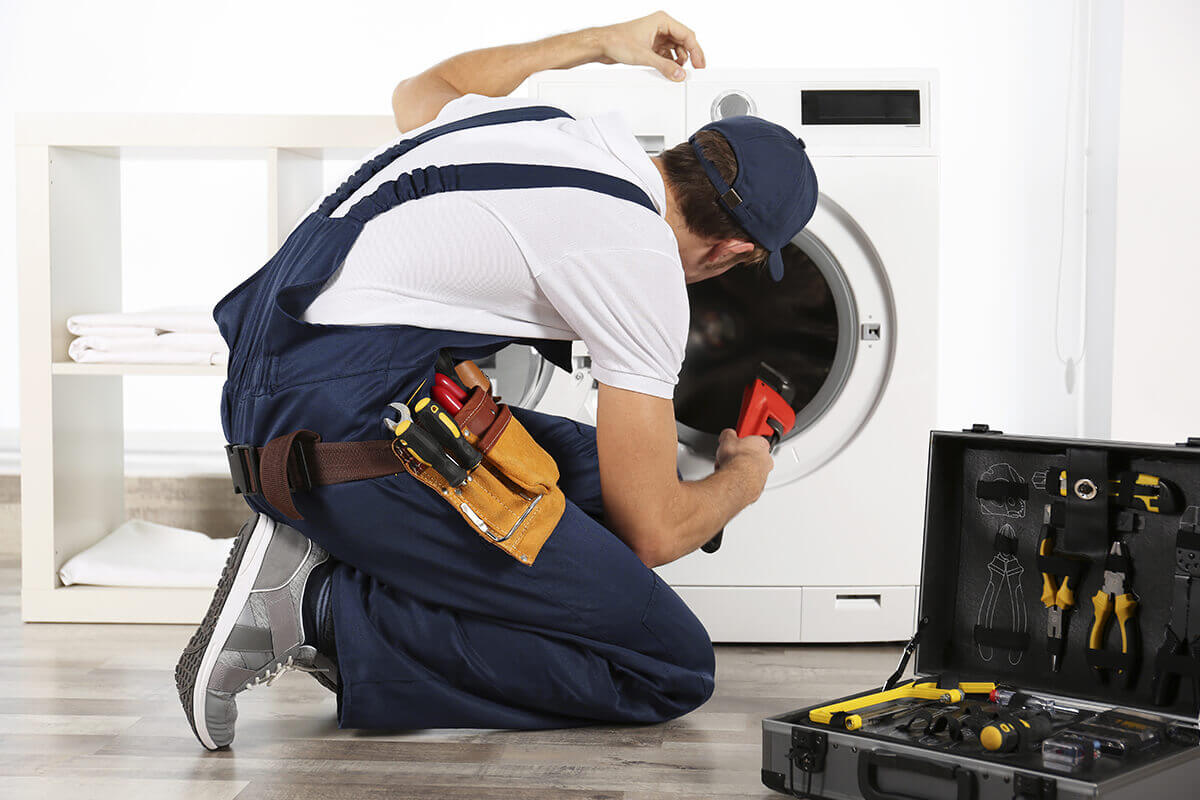 It also allows to wash clothes at any moment without being pressured by schedules or other people. Plus, you do not make so much physical effort moving bags with dirty clothes from your house to a laundromat.

Moreover, you save money, as laundromats tend to be expensive. You save time, since in a laundromat most times it is necessary to wait your turn to use the washing machines, even more so if it is in a populous area. As final advantage, it is important to note that modern washing machines use less water during their washing cycles, saving money on the water bill.

For a full briefing on washing machines and its advantages, contact our staff for a meeting, American Loss Consultant is always available for you.

Common problems that a washing machine may suffer with use

If you need a team of professionals to evaluate your washing machine and take actions in order to preserve its efficiency and keep it working as expected, you should contact American Loss Consultant.

What is the location of your project?

Please give us a few details so we can connect you with the best pros.

What kind of Services do you need?

What is the location of your project?

What kind of location is this?

Is this an emergency?

What type of services is needed?

For recurring services, how often does your home need to be cleaned?

Choose the appropriate status for this project:

When would you like this request to be completed?

Please tell us a little about your project.

Some required Fields are empty
Please check the highlighted fields.